The Hungarian Gergely Márk has devoted all his 83 years to roses. In a lifetime of evaluating rose varieties and breeding roses, he has proved to be a man of iron will, stubborn perseverance, extensive expertise, deep historical and literary erudition, and a splendid sense of humor. His oeuvre is a worthy sequel to a Hungarian rose-breeding tradition represented by Mihály M. Horváth, Rudolf Geschwind, and the Mühle brothers.

After graduating from the University of Agricultural Sciences of Budapest in 1950, Mr. Márk worked at the Horticultural Research Institute of Budapest for three decades until his retirement in 1981. Since then, he has continued his work in his own rose garden, the Garden of Hungarian Roses in Törökbálint near Budapest. His roses have received international recognition. Budatétény won the gold medal at the “Internationale Gartenausstelung” (IGA) in 1963 for its novel peachy yellowish-red color, and Árpádházi Szent Erzsébet emléke was awarded the gold medal in the category of Climber and Shrub roses in Rome in 2000.

Mr. Márk has also written a series of scientific publications. His book Die Rose, published by VEB Landwirtschaftsverlag, Berlin, in 1962, won a silver medal in Paris in 1964. His latest work, Book of Hungarian Roses, was published in 2004 by Mezõgazda Kiadó, Budapest, in Hungarian.

Over the course of his life, Mr. Márk has introduced exactly six hundred new rose varieties. All are bred on open ground, without protection or irrigation. Among the special characteristics of the Márk roses are good disease resistance, a long growing period, unique color effects, winter rose hips, and the longevity of the cut roses. Many of his roses are also fragrant, and most varieties not only tolerate temperatures of –32°C (–25°F) for long periods of time but also withstand long heat waves with temperatures of 32°C (90°F) in the shade. Such roses include 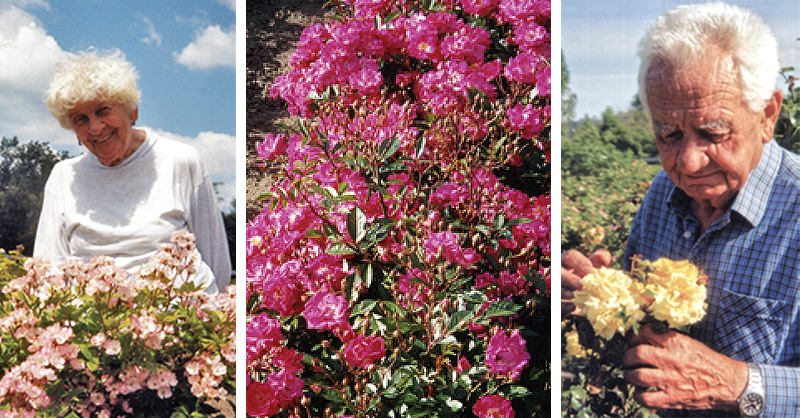 All photos by Eva Kigyóssy-Schmidt

Mr. Márk uses two or three varieties of Rudolf Geschwind’s roses in his breeding program. When I asked him what he was most concerned about with respect to the future of roses in Germany and especially in Eastern Europe, he responded: “A determined movement has started in planting and in landscaping where roses planted for the next ten to fifteen years have taken precedence. In terms of rose breeding, fragrant roses have taken the lead.”

Mr. Márk does not have a favorite rose; every rose is dear to him. As a rose breeder, he finds the greatest pleasure in successfully breeding varieties that have many of the characteristics he originally set out to achieve. And since this is something that happens to him quite frequently, his arduous work has bestowed on him many happy moments. May Gergely Márk continue to carry on his work in good health, and to delight rose lovers with his creations.

Eva Kigyóssy-Schmidt, who is of Hungarian origin, married a German student who was completing his medical studies in Budapest. Since 1968 they have lived in East Berlin. They have two children and two grandchildren. For Eva, a former a university professor of econometrics and statistics, including the measurement of the quality of human life by non-monetary means, roses have taken the place of students in her life since 2003. For more information about Gergely Márk, readers may contact her at rosenhag@schifferberg.de. 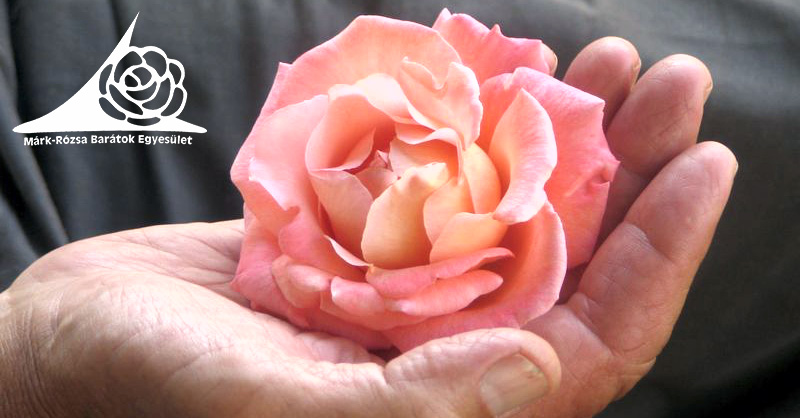